While collecting the corpus of relevant papers, we could search most papers with key phrases “Data Quality” and “Citizen Science” or “Volunteered Geographic Information”. The term of citizen science is mostly used in natural science-related fields such as biology, ornithology, and ecology, while volunteered geographic information (VGI) is mostly used in geography as the name stands. We can observe involvement of non-professional scientists in data collection and, to some extent, other related processes (Haklay, 2013) in both phenomena, however clear distinctions also can be found between them. Thus, it is critical to clarify definitions of those phrases and boundaries and intersections of them, and I summarized them for the weekly update for week 6.

Citizen science can be considered various means in which public citizens participate in genuine scientific research from data collection to data analysis (Cooper, Dickinson, Phillips, & Bonney, 2007; Hecht & Cooper, 2014; Shirk et al., 2012; Silvertown, 2009). The internet, Web 2.0 and social networking technologies are promoting web-based social networks which play major roles in building collective intelligence for solving scientific problems (Hunter, Alabri, & Ingen, 2013). What we need to stress in citizen science is that players are citizens and playground in which the players are working is science, as the name stands for. Involvement of citizens is democratization of science from a traditional top-down process, to a revolutionary bottom-up process. 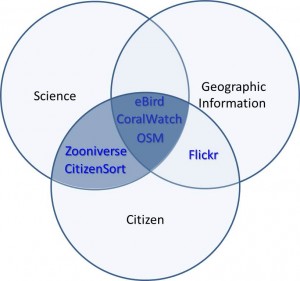 Figure 1: The conception of citizen science and volunteered geographic information

The examples of OSM and Flickr are tricky on whether they can be included within the boundary of science or not, however we consider only OSM as science inasmuch as they are within the field of geographic information science as well as they are geographically explicit. In short, citizen science is a medium-highlighted area which overlaps the two circles of citizen and science, and geographic citizen science is a dense-highlighted area which overlaps the three circles of citizen, science and geographic information. These two intersected areas are the boundaries where our research is searching for data quality assurance mechanisms, although our team needs more discussion for final agreement.