At the internshipmid-point and this week I dove into the construction of the Arctic ECSO ontology. Utilizing the previously created ontology and the list of ECSO relevant terms from the ADC search queries, I created 35 new classes and added over 70 annotations to preexisting classes within ECSO. One of the larger classes created was Ecosystem, a subclass of Carbon Cycle Component, for which 29 new subclasses were made each describing the various global ecosystems. These ecosystems classes were procured from PhysicalGeography.net. The structure of this new class and several of its expanded sub classes are shown below. 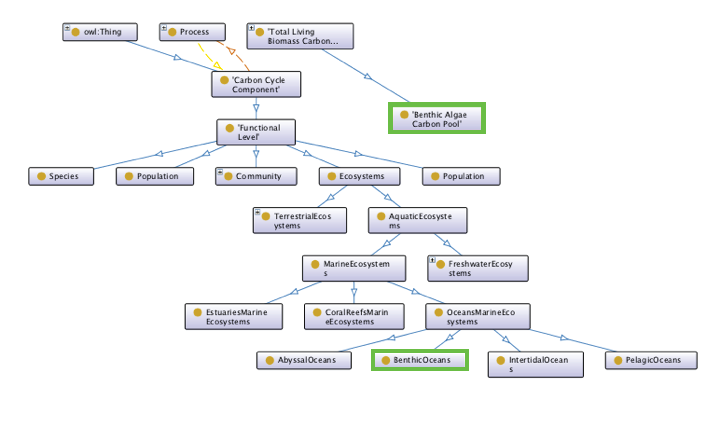 These Ecosystem Carbon Cycle Components (CCC) are the essential nouns to the carbon cycle knowledge model we are constructing. These nouns now will be linked via Object Properties to the other relevant nouns and verbs related to carbon cycling. For example, highlighted in green in the figure above Benthic Oceans is a term within CCC and Benthic Algae Carbon Pool is a subclass of Total Living Biomass Carbon a subclass of Carbon Pool. We can connect these two terms via an Object Property relation such as Benthic Algae Carbon Pool ‘has location’ Benthic Oceans. In this way we will begin to create relations between terms. The need to create these connections is further exemplified by the figure shown below of the three occurrences of Dissolved Organic Carbon (highlighted in green). 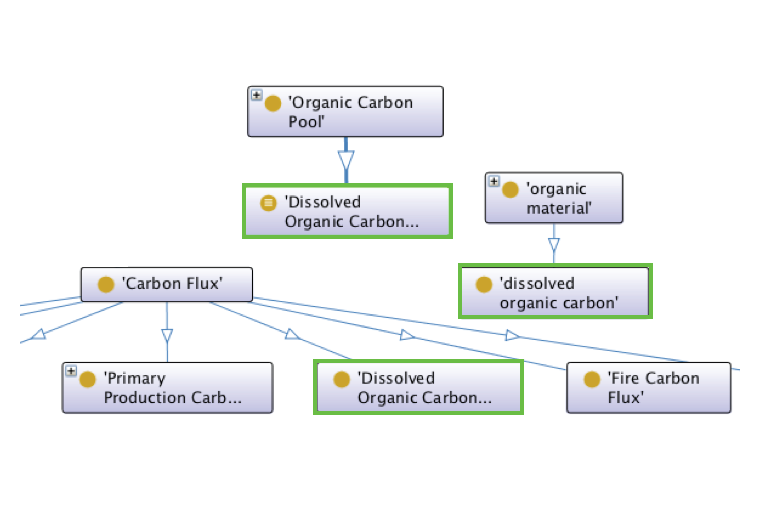 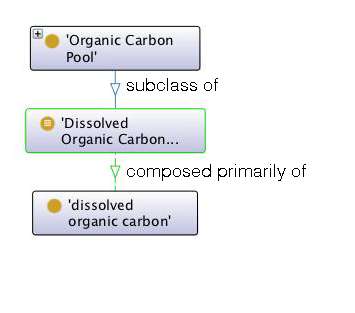 There are many more examples to come as we continue to add new carbon cycling terms to ECSO. If you would like to see the Arctic ECSO ontology visit the github branch here.